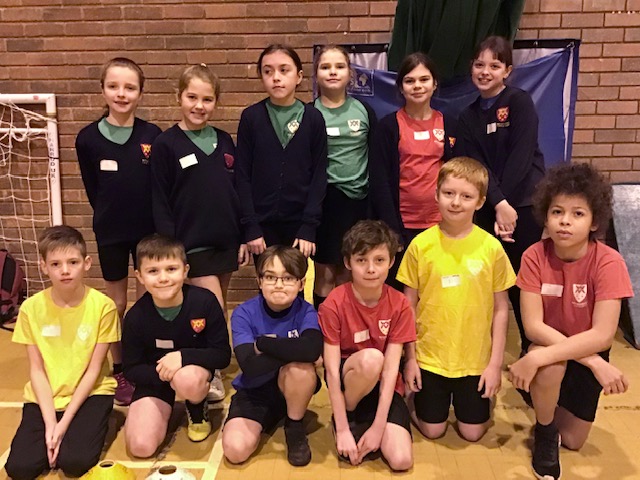 Pupils from Class 4 were invited to take part in the North Devon Sports Hall Athletics Final at the Barnstaple Leisure Centre. We had been invited as one of only sixteen teams to represent North Devon following on from our success in the preliminary round at South Molton Community College.

We took along a team of six boys and six girls to participate in running events and field events.

In the running events we started strongly, in the two lap event our boys came second in their heat. Our girls put in a fantastic effort coming in 3rd.  All students then participated in the standing long jump, speed bounce, vertical jump and chest ball push.  In the one lap running event we had success with our boys coming first in their heat and also first in the obstacle race.

Throughout the competition, all the children showed determination and great sportsmanship. They represented themselves and the school excellently, we were extremely proud and impressed by our students as we were up against a lot of larger schools than ourselves.

Overall Witheridge School came 13th at the event, certainly not bad out of 56 primary schools in North Devon.  Well done to all the pupils who took part.